The V380S application is the brainchild of independent developer ‘silence_sari’, who has a successful portfolio with app’s which are usually focused in remote video surveillance and management. The application primarily provides real-time live monitoring of the connected cameras and remote management of them. 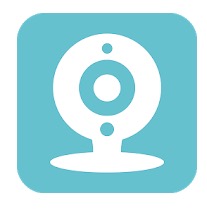 Install V380s for PC in Windows/Mac

Similar to its competitors it supports real-time video and audio monitoring, video playback and image snapshot. It also has additional features such as camera rotation, motion detection alarm and even digital zooming feature. With the help of PTZ control, the user can rotate the camera remotely by touching on the smartphone screen. This feature makes this application stand out from the rest of its competitors.

There are additional functions such as Digital Zooming, Preset, and WiFi Smartlink configuration. The live surveillance can also be downloaded into the smartphone. The application is configurable with any device like smartphones, laptops, portable tablets etc. The real-time live video can be viewed by multiple users across different devices.

Amongst the other applications, built by the same developer, V380S has been highly rated by the users. Though it is heavily criticized for its performance in the recent updates. The reviews point to the fact that the app is unable to connect to the cameras of any sort. The developer is currently looking into it.

Apps similar to V380s include:

V380s has its pros and cons which are noticeable through the positive criticism from the users itself. In conclusion, it is pointed out for its flaws but it is popular among the users, for its admirable features, with greater than one millions installs.

Have you tried V380s? What do you think of it? Let us know in the comments section below.