Battle Royale genre games had taken the world by storm, especially in the PC gaming section with big hitters such as Fortnite. Through their gameplay, interface, and creativity they have won the hearts of millions, irrespective of age; grossing over millions in profit and bringing fame to their prominent players. 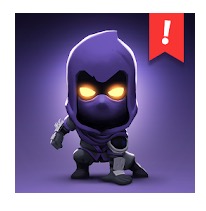 After the complete dominance in PC and console gaming, they were recently introduced in the mobile gaming. Amongst the big names, new developers have entered the battle royale genre, bringing in a different blend in the genre. One of the upcoming underdog game in this classification is the ‘Battlelands Royale’.

Battlelands Royale mobile game, developed by the ‘Futureplay’ company, has been steadily increasing in popularity – receiving ‘Editors Choice’ in the gaming section of App store. There are about 32 individual participants who fight each other to become the last man alive.

There are two ways to play – either alone (Solo) or in a team (Duos) – each bringing different gameplay to both. Each game lasts about three to five minutes keeping it short and entertaining.. The removal of lobby and menus increases gameplay, ensuring the player logs in and right away enters the match with no distractions.

All you need to install and play Battlelands Royale for PC on your Windows or Mac computer is to follow the steps below:

The reviews of this game have been pleasant for most of the part with positive criticism placed here and there. It’s been suggested that the game follows a repetitive template and is afraid to try something different while others aren’t. But either way, it still provides fun interactive gameplay to the players.