Boom Beach is very famous combat strategy game available for Android devices. Thankfully, you can install it on your Windows 7, 8 or 10 computer using BlueStacks to play on PC. 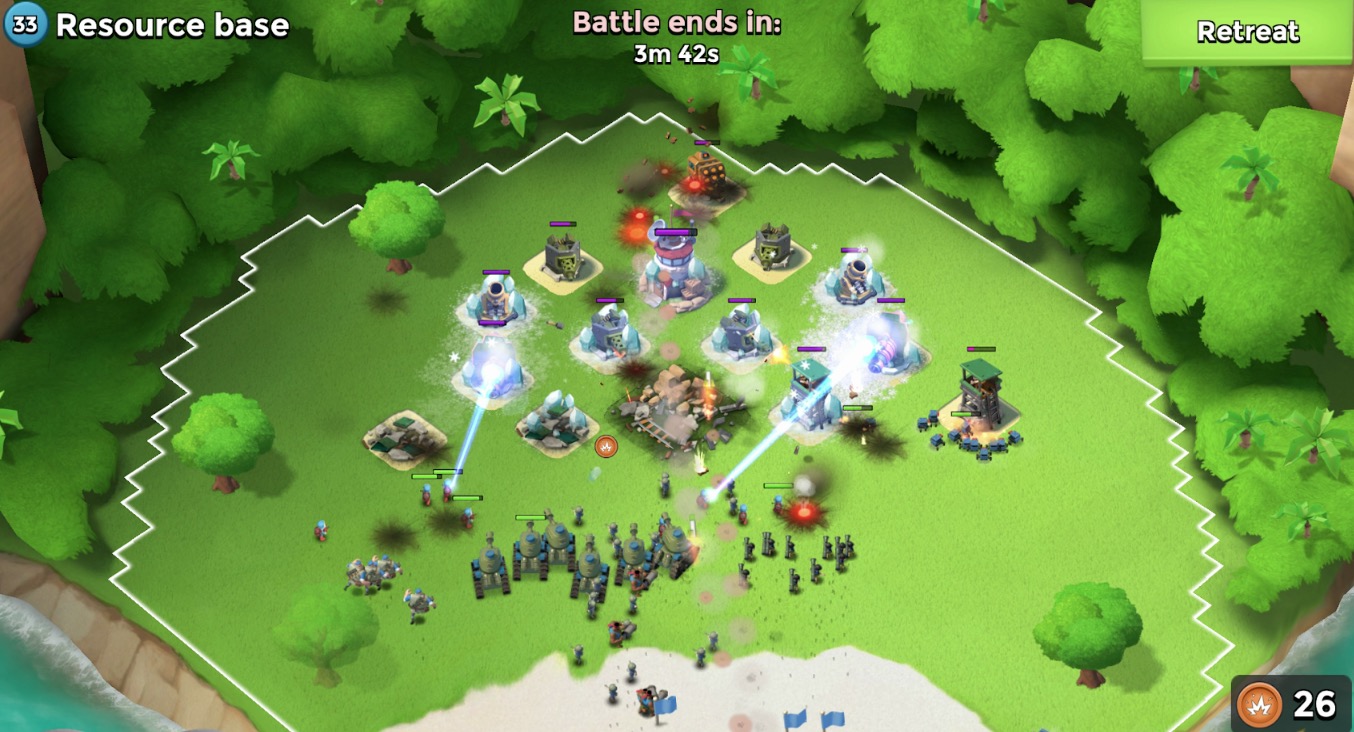 Bluestacks is an android emulator. The emulator allows your desktop computer to imitate an android device, without having to performance tons of very technical changes to your computer to make it happen.

The main gameplay of Boom Beach include building your army and making it stronger to fight against a group of invaders called Blackguard Army. It gets started with easy level and later as you proceed in the game, the difficulty is increased gradually.

At start of the game, you will find yourself in a small base. That’s it. Now your task will be to start from scratch and build your army and castles using the available resources. In the meanwhile, keep an eye on the enemies as they can attack anytime.

Boom Beach has some amazing secrets inside it and these can be unlocked as you proceed in levels and achieve targets. If you are in need of more money, you can use the in-app purchase feature to buy extras resources.

Overall, Boom Beach has got amazing and eye catching graphics that makes it very addicting game. The buttery smooth performance of game furthers adds to its benefits. You might find it hard at first when playing Boom Beach in Windows using BlueStacks, but you will get used to it with time.

Have you tried Boom Boom? Let us know your thoughts in the comments section.